Licella has a highly experienced international executive and management team, including company co-founders and inventors of the Cat-HTR platform Dr Len Humphreys and Professor Thomas Maschmeyer. 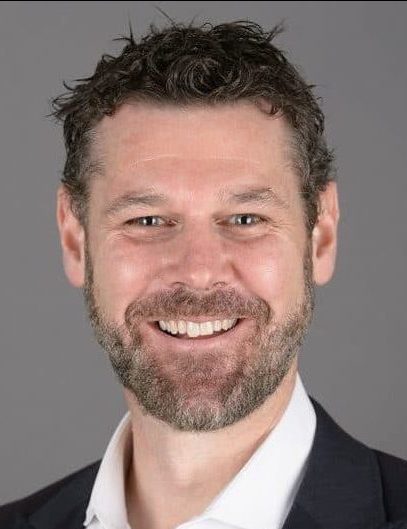 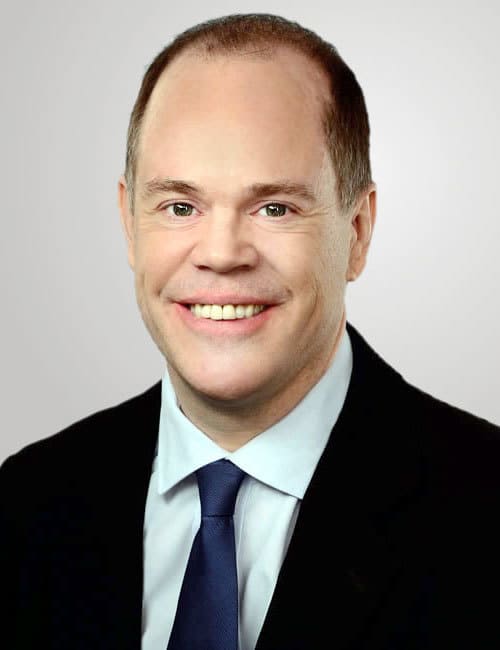 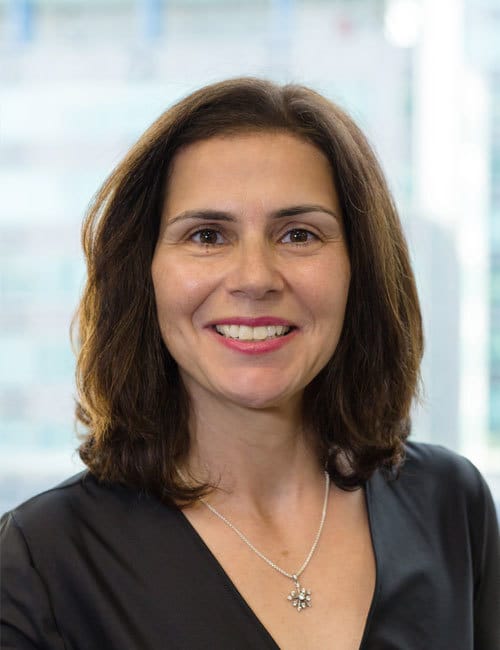 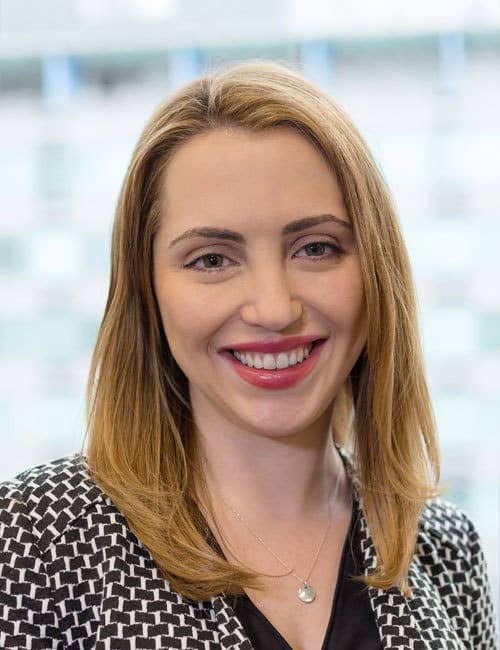 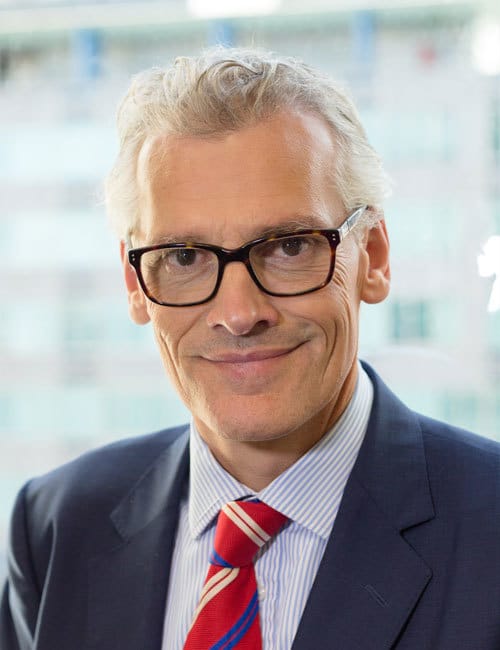 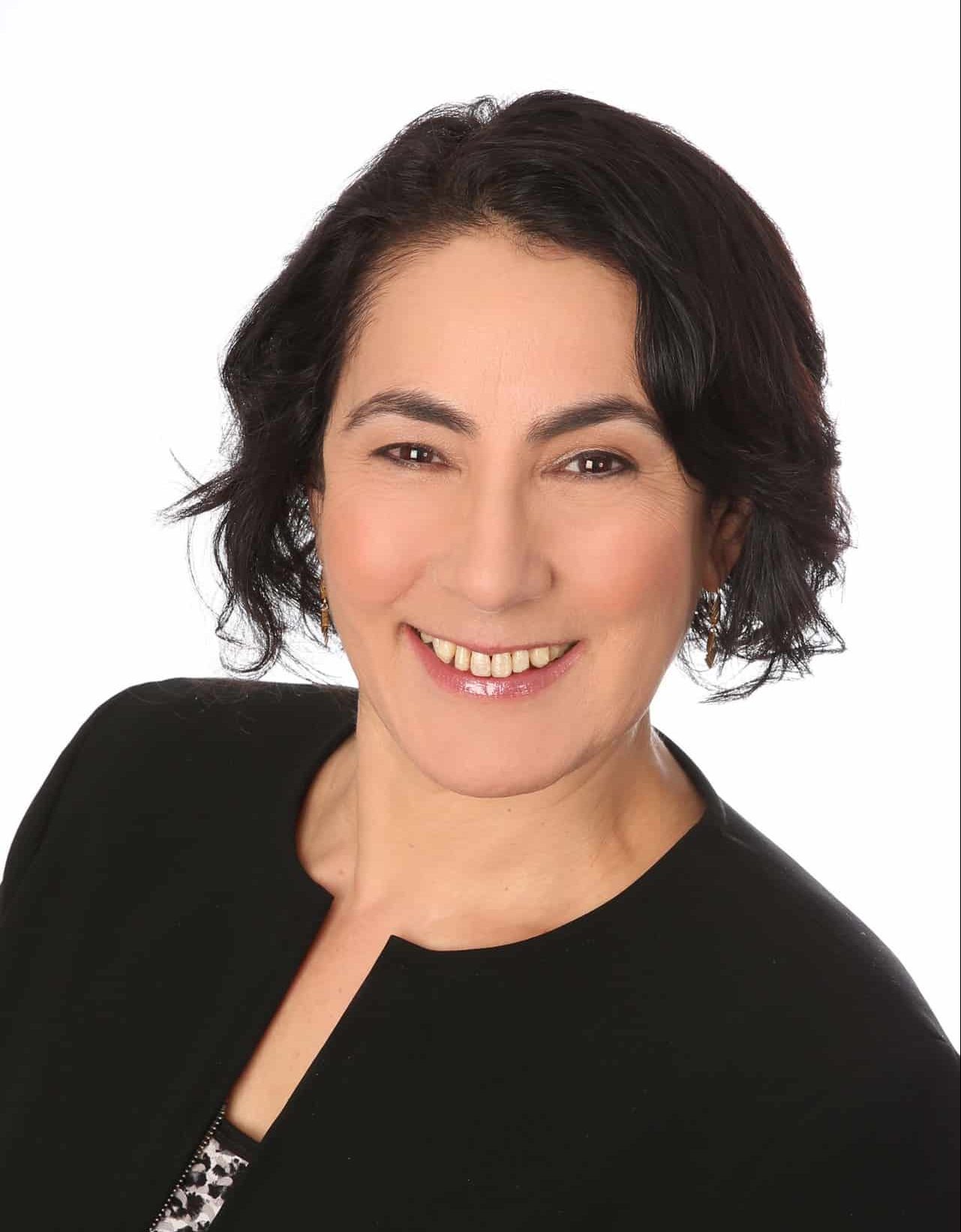 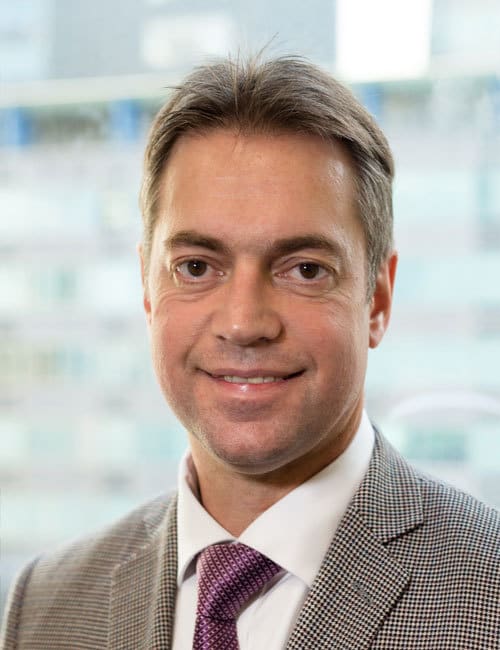 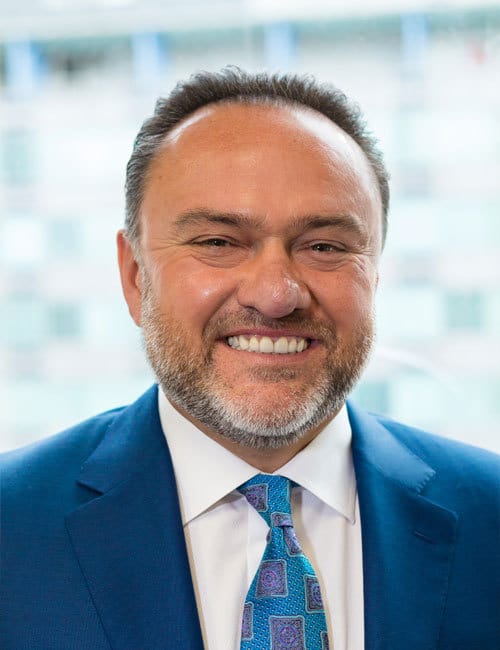 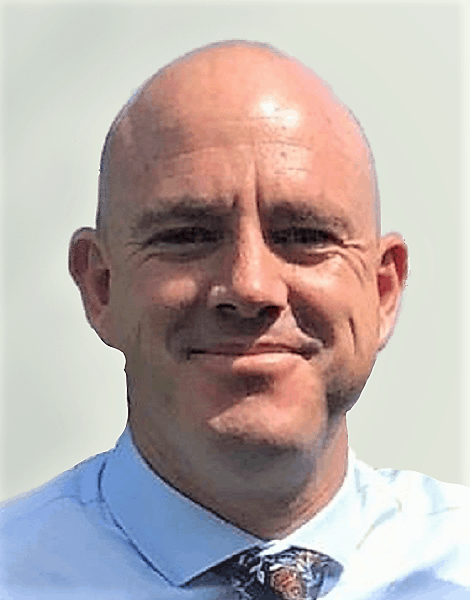 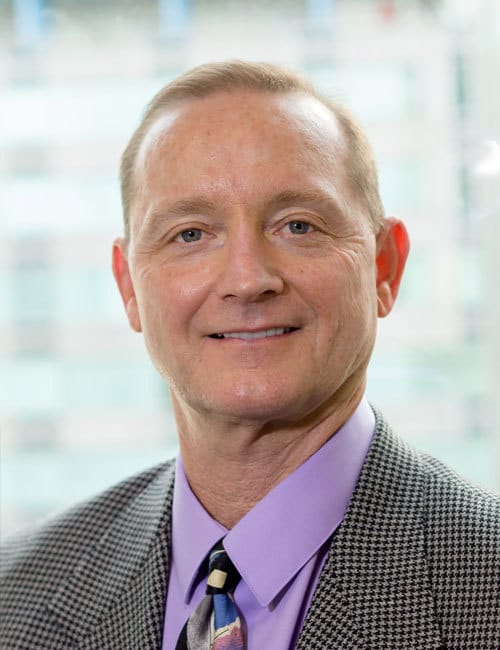 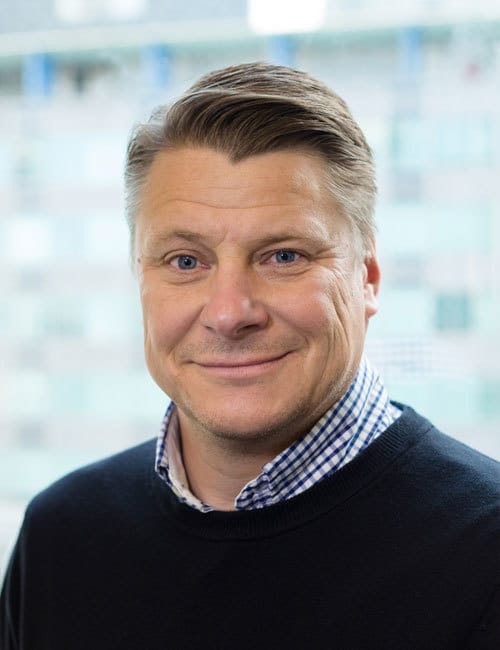 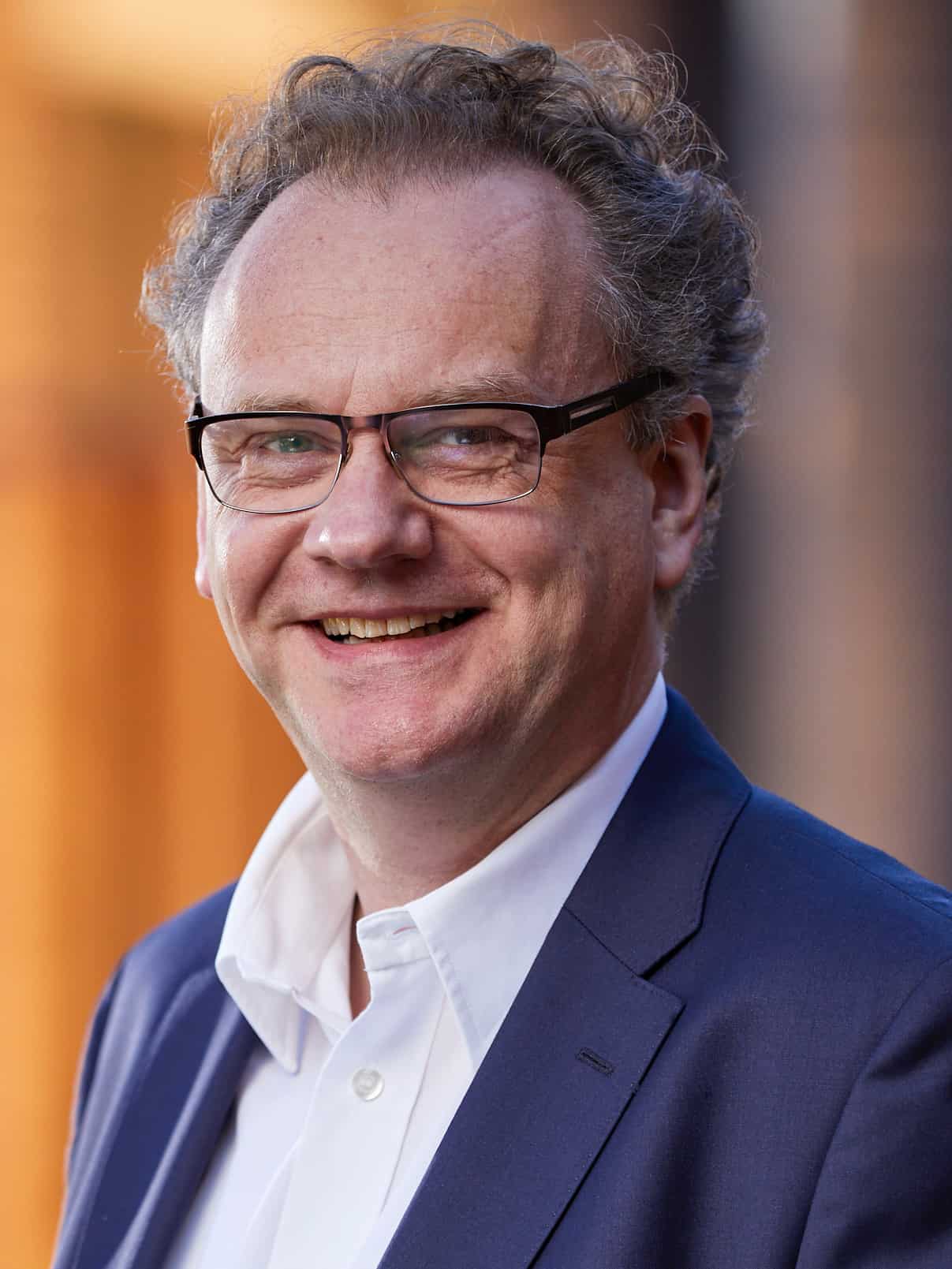 Dr Len Humphreys was instrumental in the conception and development of Licella’s technology and is the inventor of a number of patents around the Catalytic Hydro-Thermal process, Cat-HTR.

Invensys is one of the world’s largest IT, process control and industrial process automation conglomerates. In Europe, Len was a senior executive inside the Mannesmann Group, the German multinational specialising in engineering, manufacturing and telecommunications; in particular he was CEO of the Hartmann and Braun process Analytical Division based in the UK.

Simon has over 20 years’ experience in the banking and financial services industry, including Asset Management; Superannuation; Wealth Management and Capital Markets. He has extensive leadership experience on strategic projects across Sales, Risk, Finance, Operations and Technology. Prior to joining Licella Holdings in early 2019, Simon held various senior leadership positions across Westpac, Macquarie Bank and JP Morgan. In addition, Simon brings to Licella Holdings valuable expertise in transitioning entrepreneurial start-ups into their commercialisation phase through his work as a business consultant.

William is a highly experienced industrial scientist with expertise in the areas of high temperature reactions, colloid science and catalysis, and has been working in the field of renewable and alternative energy and materials since 2006. Prior to this he was Research and Development Manager for Colloidal Dynamics, an innovative company specializing in the design and manufacture of scientific instruments for colloid science applications and scientific consulting services. Dr Rowlands was a pioneering stakeholder in Colloidal Dynamics, which was acquired by Agilent in 2008.

Emma has over twenty five years, operational, commercial and human resources experience, including senior management, executive and HR Director appointments across a number of industries including FMCG, Healthcare and Retail in the UK, Europe and Australia.

She is a Fellow of the Chartered Institute of Personnel and Development (Chartered FCIPD) equivalent to a Fellow of AHRI (Australia Human Resources Institute).

Andrea joined Licella Holdings in 2015 with over ten years’ experience in a variety of sales, marketing and communication roles within the pharmaceutical and resources industry. Andrea is experienced leading cross functional teams and managing multimillion dollar brands including Botox, Juvederm, Nasonex, Elocon, Valtrex and Evista. Andrea has a BA Hons and a Diploma in Marketing.

After seven years working in a variety of brand management roles within the pharmaceutical industry, Andrea is now responsible for all aspects of Licella’s marketing and corporate communication, including shareholder and investor engagement, digital strategy, media, corporate communications and marketing strategy. Andrea is also Marketing and Communications Consultant to Gelion Technologies, a battery technology start-up.

Steve joined Licella in early 2008 initially focussing on the opportunities for the technology in Europe, then assisting with capital raising whilst developing the commercialisation strategy for the company, which is now being implemented.

Prior to Licella, Steve has had a successful career commercialising technologies in the Software and CleanTech sectors. After 10 years with IBM, he joined the fledgling Software Industry and moved to Australia to establish BMC Software, which now has annual turnover of over $100m. Since this time, Steve has been involved in two successful CleanTech start ups, Energy Efficiency Ltd in the UK and Horizon Technologies in Australia, who were the first organisation to receive Australian Government funding via the CVC Reef programme.

After several years of supporting herself as an artist, Paula changed course and graduated from UCLA with a Physics degree and from Loyola Law School with a JD and then became a California lawyer in 1990, and a US patent attorney in 1991.  She started her practice in the Silicon Valley and still has strong ties there.  In 1997, Paula moved to Portland, Oregon where she was also licensed as a lawyer.  Over those years, she practised commercial and IP law in law firms and then as General Counsel.  In 2004 Paula moved to France and worked for Motorola for the next seven years, writing over two hundred patent applications to features of mobile phones.  In 2010 Paula moved to Australia, becoming licensed to practise law in NSW in 2014 and recently qualified as an Australian patent attorney.  She specializes in growth projects including drafting and negotiating commercial agreements and auditing and mining companies for their intangible assets including their IP and securing the same.   She is currently working with technology clients helping them position themselves for growth and for Licella Holding Ltd as in-house Senior Legal Counsel.  Paula still dabbles in artistic endeavours.

Calla was born and educated in South Africa and worked at the Council on Scientific and Industrial Research (CSIR) for 9 years and later with South African Pulp & Paper Industries (SAPPI) for a number of years before moving to Australia where he assisted with the commissioning of a nickel processing plant for BHP Billiton. He then progressed his career to senior technical roles and management at White Energy Company Ltd and was instrumental in further development of coal beneficiation and upgrading processes. Calla joined Licella in May 2017 as General Manager, IERE.

Larry Ciccarelli is currently the Chairman of Licella Holdings. Larry was a founding shareholder of Licella in 2009 and became a director in 2010 and subsequently Chairman of the Board. Larry is a director of Mura Technology Limited.

Larry currently holds the position of Director and Company Secretary at Karr Securities Inc., a private investment firm, where he has worked since co-founding the company in 1989 and  is the President of Rinlar Inc., private family office.

He was the Founder and Chairman of Karmin Exploration, a TSX-listed mining and exploration company with an interest in one of the largest undeveloped zinc projects in Brazil. Karmin was acquired by Nexa resources in 2019 by Nexa Resources SA.

Larry was the Executive Chairman and founder of GlobeStar Mining Corporation, previously a TSX-listed company, until its recent acquisition by Perilya Ltd (ASX: PEM). Globestar owned base and precious metal mining assets in the Dominican Republic. He founded Sarmin in 1997, which was a private natural resource corporation, prior to its acquisition by GlobeStar.

Larry holds a Bachelors Degree from the University of Western Ontario. He received an Ontario Business Achievement Award (OBAA) and the Ontario Global Traders Award (OGTA) from the Ontario Chamber of Commerce in 2009. In 2010, Larry was named an Ernst & Young Entrepreneur of the Year (“EOY”) finalist, for his role as founder of GlobeStar Mining Corporation.

Danial joined the Licella Holdings Board as a Non-Execuitve Director in 2019. He is currently CEO of iQ Renew, the Australia recycling company commercialising the Cat-HTR platform for End-of-Life Plastic in Australia and New Zealand.

Danial started his career in the Heavy Plant industry and rapidly became the project manager for Komatsu in South East Asia. On his return to Australia he provided contract management services to many major waste and recycling organisations including Collex, Veolia, Brandown, WSN and Glenfield.

Jim is the co-founder and manager of Amplify Energy, a private North American oil and gas exploration company. Jim is also a private investor and partner across a wide range of industries.

Jim has worked as Vice President of Gastar, a gas exploration company, Director of Tampa Bay Buccaneers of the NFL overseeing all business administration and revenue generating aspects of the team and as a Board Member of the Moffitt Cancer Center.

Paul has vast experience of M&A, corporate finance and general management in Europe and Australia. Previously Paul was a partner in corporate finance in BDO in the UK, had his own M&A practice and was the CEO of Sykes Pumps, until the sale of the business to National Hire in 2010.

Currently Paul is the CEO and equity holder of Coco Group. Coco Group invests in and manages a vast array of businesses in Australia and the Middle East. Business sectors include equipment rental, mining services, retail, biotechnology and resources.

Thomas is an inventor of the Cat-HTRTM technology, and Co-Founder of Licella Holdings as well as our Principle Technology Consultant. He is Professor of Chemistry at the University of Sydney and served as Founding Director of the $150m Australian Institute of Nanoscale Science and Technology. In 2011 he was elected youngest Foreign Member of the Academia Europea as well as Fellow of the Australian Academy of Sciences, the Australian Academy of Technological Sciences and Engineering, the Royal Australian Chemical Institute (RACI) and, in 2014, of the Royal Society of NSW.

He was one of the founding Professors of Avantium (2001), a Dutch High-tech company, and is Founding Chairman of Gelion Technologies (2015). He authored 325+ publications, cited 10,000+ times, including 26 patents. He serves on the editorial/advisory boards of ten international journals and received many awards, including the Le Févre Prize of the Australian Academy of Sciences (2007), the RACI Applied Research Award (2011), the RACI Weickhardt Medal for Economic Contributions (2012), the RACI R. K. Murphy Medal for Industrial Chemistry (2018) the Eureka Prize for Leadership in Innovation and Science (2018) – Australia’s Principle Science Prize – and, most recently, the Federation of Asian Chemical Societies’ Contribution to Economic Development Award (2019).