Mura have developed an end-to-end process for waste plastic called HydroPRS™, with Licella’s Cat-HTR™ technology at its core.

Mura’s first licensee, ReNew ELP, is building the first commercial-scale Cat-HTR™ plant for End-of-Life Plastic in the world, utilising the HydroPRS™ process. The advanced recycling plant is scheduled to commence construction in Wilton (North-East UK) by the end of 2021.

Our Cat-HTR™ technology, which has been developed over the past 13 years by Licella, has had over US$80M invested into it, producing three progressive plant scale ups. Licella own 12 of the 13 Cat-HTR™ patent families covering a range of feedstocks and have operated commercial-scale reactors for over 5 years.

Licella’s commercial-demonstration plant, based in Somersby on the NSW Central Coast (Australia), is the Global Centre of Excellence for our Cat-HTR™ technology, at the core of the Mura process.

Mura and Licella continue to work cooperatively to share data and to make new IP available to each other under the existing licensing agreements, which allow each party to fully develop markets in their respective feedstocks and territories. 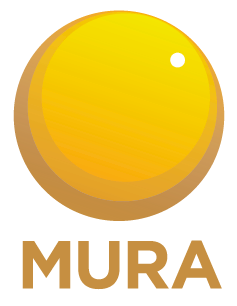 In 2017 Licella formed Cat-HTR plastics, (“CHP”), as a wholly owned subsidiary and gave it the global rights to utilize the Cat-HTR™ platform for a defined plastic feedstock excluding Australia and New Zealand.

Armstrong Capital Management is a UK based asset manager specializing in impact investments who from 2017 funded, via Armstrong Chemicals Limited (“ACL”) and affiliates, an earn-in to an unincorporated JV between ACL and CHP, with such agreement subsequently terminated in February 2019.

In March of 2019 CHP and Armstrong, used ACL to form what was initially a joint venture company, changing the name from ACL to Mura Technology Limited (“Mura”).  As part of this transaction CHP issued Mura a fully paid, royalty free, in perpetuity license to use its relevant patents, existing and future, for the defined plastic feedstock and forms the core element of Mura’s HydroPRS™ solution. These are exclusive global licenses for this feedstock, which exclude Australia and New Zealand. Also, upon forming the joint venture, Mura purchased from Licella a new patent application specific to the plastics feedstock and Mura has subsequently filed an additional patent application for the feedstock.  Mura has funded an R&D programme with Licella for the further development of Mura’s HydroPRS™ process utilizing Licella’s Cat-HTR™ technology for the recycling of waste plastics.

HydroPRS™ provides a recycling path for plastics arising in both post-consumer packaging and commercial and industrial waste. Most waste streams, such as MSW, RDF and SRF, contain a high plastic content which is incinerated rather than recycled.

The Mura exclusive license covers the use of the Cat-HTR™ platform for all plastic feedstock, which means a natural or synthetic material made from a wide range of organic polymers including (but not limited to) polyethylene, polystyrene and polypropylene. Plastics are typically organic polymers of high molecular mass. For the avoidance of doubt, the parties intend this definition of Plastics shall include rubber and tyres, both natural and synthetic. This plastic feedstock must comprise a minimum of 70% of the total dry ash-free basis weight of the comingled feedstock at the point it is processed in the reactor.

This website uses cookies to improve your experience while you navigate through the website. Out of these, the cookies that are categorized as necessary are stored on your browser as they are essential for the working of basic functionalities of the website. We also use third-party cookies that help us analyze and understand how you use this website. These cookies will be stored in your browser only with your consent. You also have the option to opt-out of these cookies. But opting out of some of these cookies may affect your browsing experience.
Necessary Always Enabled

Any cookies that may not be particularly necessary for the website to function and is used specifically to collect user personal data via analytics, ads, other embedded contents are termed as non-necessary cookies. It is mandatory to procure user consent prior to running these cookies on your website.